It's been nearly two years. I thought I would be back to something like my old self by now. I lost the baby weight more or less. Yet my body has never been in such crappy shape. I have flags on my arms and a flabby mid-drift. My baby belly is still hanging around, no pun intended.

It's not easy being this new shape either. I used to be curvy, like an hourglass. Everything got exaggerated with the pregnancy so that now if you traced my outline you'd probably get motion sickness.

I run for an hour every other day and have just started back up with the weights.

Anyone else still working this one out so long after having kids??
Posted by Eb at 6:16 PM 3 comments:

Talking and talking and speaking and yapping and screeching and dinosaur growling and book throwing and toy pinching and clothing removers and smacking two objects together really hard so they break and eating one thing and then not liking and then not eating and reading and nearly jumping and gemgem stealing and binky stealing and brother pushing and mother hugging toddlers
Posted by Eb at 7:19 PM No comments:

thank you so much for sharing this with me. 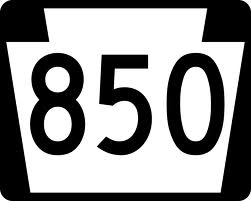 I just can't seem to wake up, no matter what I do. I made a huge iced coffee this morning, added a shot of espresso to it (don't judge) and all I got was odd tasting coffee and a headache.

Oddly enough, when I ... relieved myself  (don't judge) the headache went away.  Is that some indication of a really rare disease????? Or coincidental with my headache pills kicking in.

The heat doesn't help. The kids look like they have been dunked in water - both get really hot, sticky heads when its humid. Mimi wants to cuddle all the time so she shimmies up me, pulling at my clothing and generally creating small but significant ripping noises yet once she's perched on my hip she gets too hot and wants to be put down. Rinse and repeat a few thousand times and my back thinks my brain has lost its short term memory.

Happily I have a lovely job to do tonight. I get to go see a Broadway musical and write a report for the producers. Free ticket and away from the kids bedtime ritual for a night. It is 50/50 whether I stay awake for the whole thing :-)

Well, that was unexpected. I loved Mother's Day.

The best thing about Mother's Day this year?  My kids.

It was a glorious day in every way. Just the three of us. Up early to Sk.ye with Europe and then out into the sunshine. We we're all a bit drowsy, maybe because of the pollen or maybe the sunny Sunday but half  way around the farmers market my little ones were asleep. So I could take my time and not have to buy all the crap that they pick up or kick over. A couple of (homeless) guys (from the mental hospital) wished a Happy Mothers Day to which I replied "Thank you very much" and they beamed. I guess homeless and mentally unstable makes you somewhat societally invisible. They seemed really surprised that I responded.

Then a walk by the river which is always glorious no matter what the weather. On the way home I even got my nails tidied up.

When we got back there was lots of dancing to groovy 80s music and they went to bed for their afternoon nap. I usually cram work in to this time but today I fell fast asleep for 2 hours. The best gift of all.

Other wonders and marvels.
I found out today that if the kids sit in the rocking chair and I sit on the floor, rocking the chair,  they nearly faint with laughter.
Pip wanted to have a long cuddle and watch the Mup.pets which is just Nirvana for me.
Mimi and I read tons today, taking it in turns to point things out.
Bath time was epic. I shall go in there at some point this evening and face the music!
First rate cuddles before bed and an easy transition to bedtime.

A perfect Mothers Day. I am the luckiest person in the whole world.
Posted by Eb at 7:29 PM 2 comments:

Twas the night before Mothers Day ...

1. It makes me really sad to think of all the shyte I had to go through to become a mom and that lovely, wonderful bloggie friends are still growing through it.

2. DH. Crap when it comes to celebrating other people's things. He will have bought me two cards (I told him to buy them before tomorrow or not at all) and that will be about it. Or he will grab something smelly on the way home from work (at 7pm tomorrow).  Every time he needs to buy my a present he buys the same bath salts that have patulia in them.  Do you know how long it takes to smuggle bath salts out of the apartment. Digging to Australia long, that's how long.

3. I haven't  organised anything.  Sad sack.

Mostly it's the hope. Like my birthday when I was a kid. I would be all excited but trying to squish it. Sure enough, the big day arrived and I would hear "imagine a [asked for present]" which I would get but not for 6 months of so.

Updates and what not

Feel like I need to wrap up a few posts that I left hanging.

Updates:
Job: interviewing for full time positions but nothing is really rocking my world (or being offered to me ;-)) so I am still consulting. The work is plenty and the money is good. I miss my team tho. We all keep getting together for lunch! I can see us getting the band together at some point in the future. We did really great work together and I miss the output.
I keep thinking I should outside my field. Try something new. Maybe I ought?

Headhunter fiasco - she took me out for drinks and apologized. Oh I'm so sorry, this has never happened before, yada yada. She's not a horrible person, just you know, not good at her job! I asked if they would have hired me if I didn't have little kids and she couldn't say no,  although they were careful not to mention it to her. She did say she has placed tons of young dads and only 2 mothers with young kids. Amazing.

Kids.
Every morning we snuggle, play, dance, read, run, try to jump and share tea & toast for breakfast. Can you see me smile from there? They are running around and being toddlers. Pip really wants to communication better and gets very frustration. He lets out this bizarre parrot sound.  Mimi loves to chatter on the phone and doesn't care what she says or to whom. Usually she calls you a 'pretty girl' and says she is 'nice'. Which she is :-)

Phew. Thats it. How you doing??

Turned out the vacation house offer from a client was just too 'involved'. He is a very wealthy fellow and his house looked like it had millions of dollars of breakable stuff in it!! Also the idea of the boat ride - four hours - with toddlers just made the whole thing a little overwhelming.

So instead we are most probable going to my dearest friends lake house. It's only 60 mins from NYC and in a lovely area - great for hiking, swimming (in a lake) and generally soaking up the sun and fresh air.

Since my friend is a writer the house is full of books but she doesn't have a TV. I'm not sure whether to mention this to DH. He may go into shock! I'll have to bring a computer for work etc so I shall slip some of his favourite films in and we can snuggle up at night and watch old black and white wonders.

I am so excited about seeing the kids in the fresh air, on grass and splashing around in the lake. We have to get them swimming costumes - what's best? The rash guard or old fashioned swimming duds?

I hope Pip has grown out of this shrieking stage before we go (June) or there shall be either some new folklore in the village about howling moons or someone will think we're keeping some kind of fox holed up in the cottage!

What were your best vacations with 21 month olds?

It turns out that by having two babies I have effectively cut my chances of getting 'the big job' in half. How do I know this - I basically interrogated my recruiter after a recent job interview experience.

I make a point not to talk about my kids especially if I am being interviewed by a women with no kids or a guy of any shape and size.  Last interview I went on was a really great interview, or sets of interviews,   and I was told by the HR rep as we walked out of the building that it looked really promising (which they wouldn't say unless it was in the bag) and they would call 'my people' the next day.

A few hours later someone called 'for a follow up chat'.
Could I travel? Yes.
How much? As much as was required.
Can I work weekends and any unusual hours? Yes.

A day or two went by so I called my Headhunter and she finally confessed that they had been writing up the contract when she mentioned my kids and they balked. They don't think I can do the travel etc required of this position no matter what I may say.  She said she'd seen it time and again when representing executive women.

Holy fuck on a stick.

Are we in some 1950s vortex? We still have to petition for basic civil right in the reproduction area, we still make 75c on the dollar and there are still NO women running the top ten companies in the USA. Don't get me started on governing bodies.

Turns out the person that was awarded the position is a working father. Apparently working fathers are attractive coz it indicates stability and commitment. Working mothers not so much.  I am tempted to write a book called ... 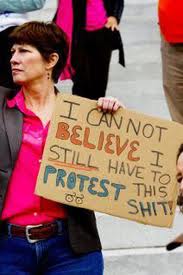 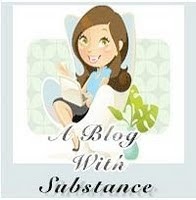 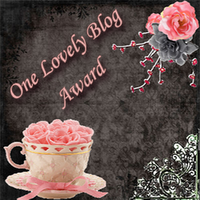